I first heard about new Chelmsford artist FREAK through a good friend of mine, Linn Branson over at Little Indie. I noticed he posted a photo about having a live band ready, after recording, producing and mastering his first EP all by himself. I recognised the place - it was the same studio I had used myself to record my first EP with Flares. After getting in touch with 18-year-old FREAK, real name Connar Ridd, I had a little interview with him recently. Have a read below and make sure you check out his recent EP, 'What Happened?". 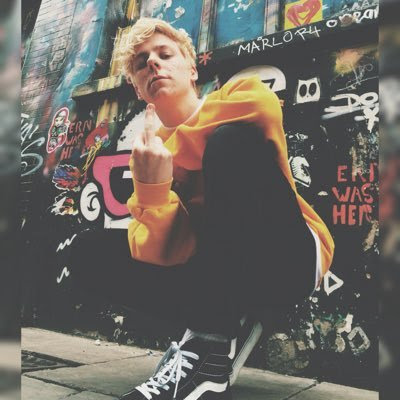 Hello Connar, how are you firstly?

I'm good, too! How would you describe your first EP to those that haven't heard it yet?

I'd describe my EP as a mix between rock and indie. It would appeal most to people who like music with an edge, that is pretty angry! If you like Nirvana, METZ, Artic Monkeys and Red Hot Chili Peppers then you should definitely give it a listen!

I am a big fan of what I've heard from you so far, and couldn't believe it when I saw Card Trick Studios on my timeline from you! Do you feel proud that Chelmsford is becoming the new Birmingham, with Rat Boy surging into the limelight too?

Chelmsford is wicked, how could someone not love a bit of Chelmo?! I think Chelmsford has a great music scene. There are so many bands playing the Asylum or Bassment that are really good, so it wouldn't surprise if more bands from here got attention!

Do you have any plans for more material in the near future, or is the album next?

I have already written my new song, which may be re-recorded professionally and then released as a single. Other than that, I have a lot of ideas, and whenever I have the time to write and record them I will! An album won't be out this year, perhaps mid next year, but that is all really far ahead! At the moment, I'm just focusing on getting three or four other songs ready to perform live with my band and get recorded.

Any festival dates or tour dates you could tell us about?

We are not looking to play any gigs or festivals. Me and the band are practising a lot, and when I feel we are ready in a few weeks then we will start thinking about getting some gigs lined up, but at the moment, it's all a bit too soon despite how much we would like too!

Where do you see yourself in a year's time?

In a years time... that's a hard one! In a years time, I'd hope to have had more people listening to my music and checking out the social media pages. I'd love to being playing a lot of gigs all over the country as well! In terms of songs, I would like to have written a large pool of them from which I can look at, and try to figure out what to do with - whether that be an album, EP or just more singles!