The 1st of May was the second of four sold out nights in London for the Btown-made-its Peace. The recently renovated Birthdays did not know what hit it when the chimey start to their first song "Delicious" kicked in, right until the drummer threw his sticks behind him at the velvet draped wall.

The thing about indie music is it can either be a fresh new take on guitar clattering, melody matching music; or a dreadfully boring rehash of what wasn't even very good 20 years ago, let alone a dreary-weathered 2013. Don't let first impressions get to you with Peace: you've got to give Peace a chance, and they certainly grabbed it with the full force of a top 20 album. This means something - guitar music is on the rise.
After the rocking O'Children warmed up the already warm crowd, it was time for the main act to take to the stage. They started things off... pacy, shall we say? "Delicious" received a rapturous reception from the hoard of fans, who lapped up the music they were presented. This was followed by the hit single "Follow Baby", with the chorus that sounds like it will be added as an 11th commandment, if the crowd are anything to go by: "Follow baby, we're gonna live forever baby". 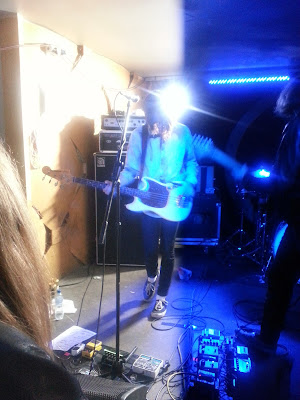 If any new band was going to start a new religious cult, it would be this lot. Chanting throughout the night for an early demo "Vials", they received a wry smile from Doug Castle, the lead guitarist, throughout the night. The band have a certain dynamic on stage, with the pair of brothers Harrison and Sam Koisseur providing a rhythm to dance to in the form of sways and, in Harry's case, satsuma. Of course, only at an indie gig. Oh, and I have one, as well as the set list. 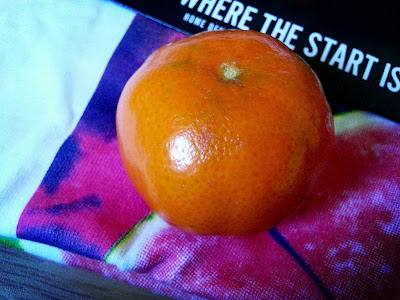 Which leads nicely on to my next point. The band certainly have the tunes - their singles "Wraith" and "Bloodshake" were received with a far from icy reception - but will they stick or twist, or disappear into the psychedelic sunset? Their only weak song if the night was "Scumbag", which should of perhaps been swapped for the faster paced bonus track "Drain", with its clashing middle 8. But, scribbled in the rather lovely handwriting of Harry was "forever" in the corner of the set list. I for one hope they will be here for a long, long time after this splendid gig. 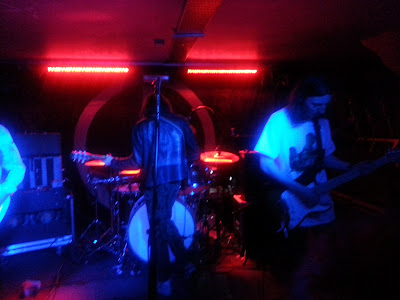